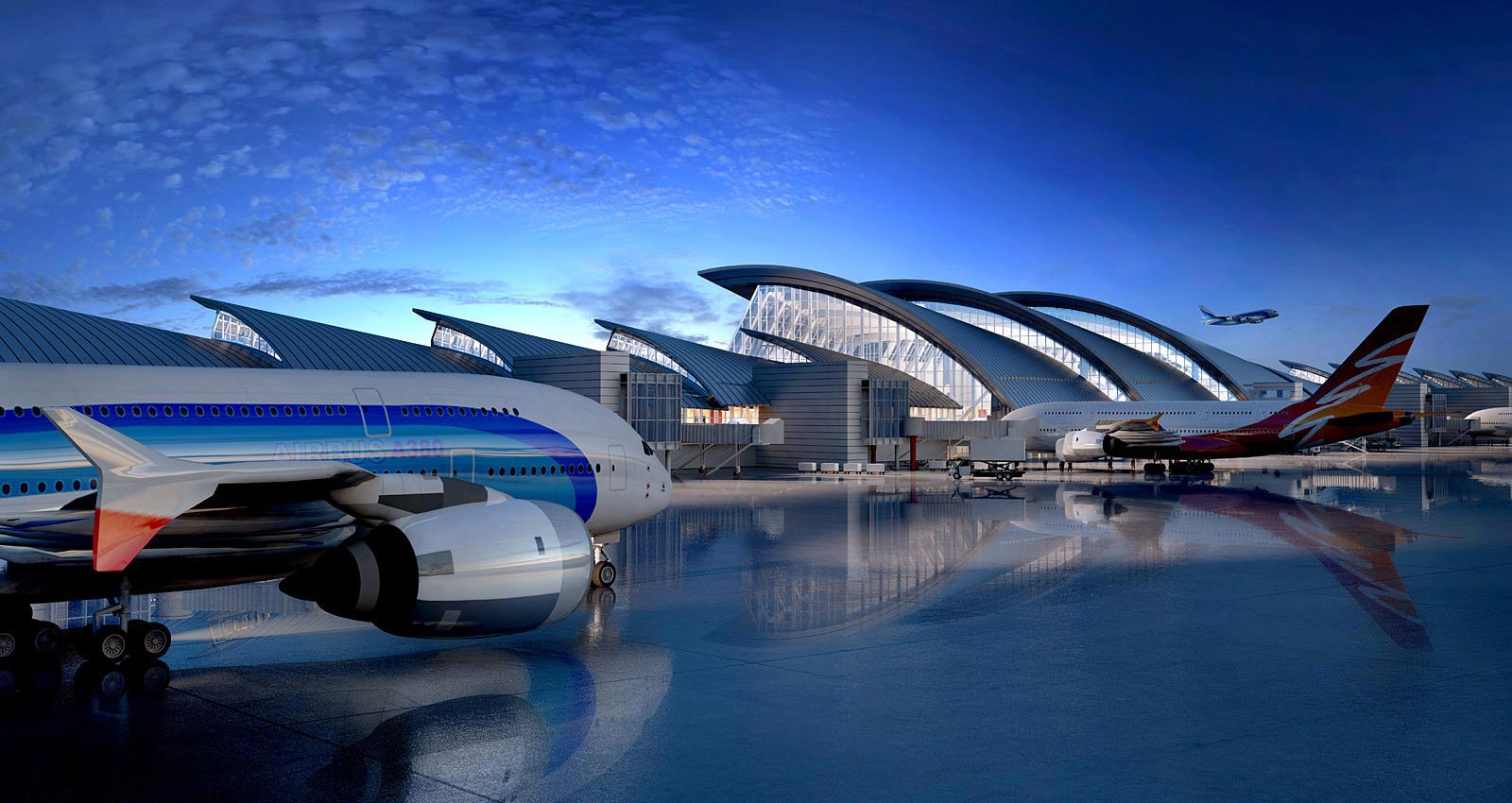 A $477.5 million extension of Terminal 1 into a formerly open area includes the first Terminal Vertical Core, which will connect the building to a pedestrian walkway to the future CTA Center Automated People Mover Station. The new construction also includes a bus port, and additional ticket counters and baggage carousels, plus restrooms and a service-animal relief area.

* passengers check-in at Terminal 1; will be bused to Terminal B where flights depart/arrive.

(Click on the map to open detailed PDF file.) 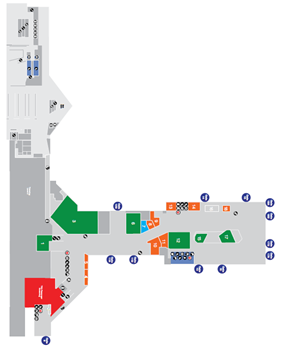 Find My
Way in LAX
To optimize your shopping and dining experience, you are now leaving our LAX site and entering our partner site, URW LAX Shop & Dine. Please come back soon!